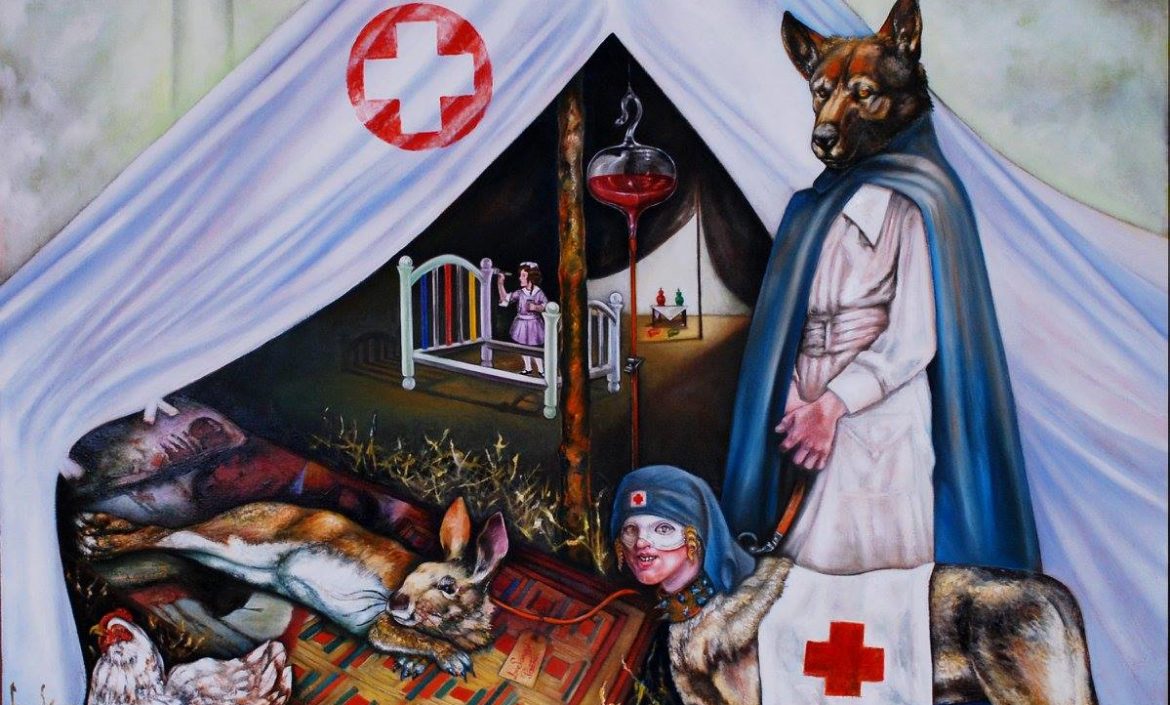 David E. Williams may not be a musician of global fame, but he is definitely the self-ironic deity at the center of a cult following. Starting in the late 1980s, he put out a number of highly unique releases throughout the subsequent decade (the imaginative 666-copy “Triumph Of The Williams” on Michael Moynihan’s Storm being one example) and became known for his eccentric yet undeniably talented songwriting and a penchant for incorporating the darkest and most tabooed topics into his ironic, singer-songwriter style compositions. For the last 15 years Williams has released mostly on Thomas Nöla’s Disques De Lapin and Old Europa Cafe, with the latter label even releasing a double-CD tribute album to him in 2007 (“The Appeal of Discarded Orthodoxy”). Old Europa Cafe also recently released Williams’ latest album “Hospice Chorale”, and if you’re into original and incredibly strange music, it will be a wonderful pick for your record collection.

While many post-industrial artists have developed a long tradition of playing the role of provocateur onstage to engage their audience, David E. Williams chose a way of becoming an objet d’art himself. Music videos set in dilapidated American amusement parks and laundromats, intentionally simple and confrontationally atonal arrangements which are at the same time striking in their morbid complexity – it’s impossible to formulate a set of expectations about what’s waiting for you on any given David E. Williams release. Only one thing is certain – it’s always going to be a damn fun ride.

“Hospice Chorale” greets you visually with its surreal cover art by American artist Bill Rutherford and a booklet embellished with an expressive portrait of the composer himself. The album, recorded with help from collaborators and friends, presents a collection of absurd stories, surreal and twisted narratives that are somehow reminiscent of beat poetry (Peter Orlovsky would surely enjoy the style) and Bertolt Brecht’s darkest works at the same time. The opening song – The One Who Doesn’t Die – is a hauntingly disharmonious piano cabaret waltz with a not quite autobiographic but very poignant opening line – “I turned 60 today and it’s good to be alive” and a significant reminder to “outlive your enemy, so you can shit on his coffin.” Apt advice for our times, indeed.

The first half of the album features several ballads, representing different genres but all composed in a similar trademark style – with harsh, almost atonal, but simultaneously lyrical piano chords, sweeping atmospheric synthesizers and at times even oddly danceable electronic beats. There is the elegiac War on Despair, a cruel story in a tender wrapping, and the anxiously pulsing Vinegar Stew (“I was a doctor and I was married to a nurse, we never got to practice but we often got to rehearse”). Then comes Lillian Awoke, probably the only song in the world dedicated to the mysterious journey of someone’s pajamas, the inscrutably droll, childlike lyrics of which make it all the more unsettling. The equally disturbing A Prostate in Autumn follows, a moving farewell to the world and meditation on men’s health in which Williams’ trustworthy, avuncular voice (“Every time I piss myself it feels like it’s the last time”) dives deeply into a cosmic ocean of cold synthesizer waves. But the ultimate hit here is Someday I Will Live My Life as a Horse, a pleasant and relaxing utopian song styled on those urban minstrel numbers for music box or street organ, with some life wisdom at the core: “Someday I will end my life as a corpse, with a smile on, of course, having lived a life that radiates through lives not lived as well.”

The energetic BDA 30, an unexpectedly punk reworking of Williams’ 1987 track Bad Day Anyway with distorted guitar riffs, interrupts the lyrical mood quite abruptly, and from that moment the album takes a different direction – cheerful electronic sounds and wandering beats meet hard guitars and argute synthesizer solos. The themes take on a multicolored eclecticism as well. Thailand (Why Can’t All The World Be?), featuring the vocals and guitar arrangement talents of Tony Cesa (Destroying Angel) and Bain Wolfkind, tells the dark innuendo-laden story of a man travelling to Thailand to discover the advantages of local cuisine. While praising the tempting qualities of Thai delicacies (or is it really food it’s about after all?…), the song raises the logical existential question – why can’t the entire world be more like that one country? Don’t say you’ve never asked yourself that question.

The Coughalong Song utilizes the style of British folk rounds accompanied with energetic violin motives by Albo Sudekum (Apibus). The album booklet suggests that the listeners “cough each time you hear “listen to the cough” 3 times in succession.” to enhance the experience (We, of course, chose to follow the instructions.) Collage-like Suicide Skyline (Method II) is fully packed with cultural references, from famous suicidal dirge Gloomy Sunday to Francis Ford Coppola’s Apocalypse Now and Bing Crosby’s White Christmas (put to a modern, almost EBM-like beat, the lines take on a completely new – and extremely disturbing – aspect). The closing Workplace Homicide with its minimalist piano and metallic xylophone builds a conceptual and sonic arc back to the first song; but in case you thought this album was done surprising you, you still have to get past the penultimate wordless, six-minute power electronics track Catholic Nihilist. The chilling composition may seem startlingly out of place at first, among the ironic melodic ballads – until you remember the performer you are dealing with.

To sum up, let’s admit that “Hospice Chorale” is quite a tough cookie, and if you’re not one for unrestrained (and as a result, sometimes disturbing) experimentalism you may want to choose something else for your weekend leisure. In the meantime, this record is strongly recommended for all musical freaks, discerning and cynical listeners, as well as anyone who values morbid, borderline humor and visceral incisiveness in art more than semantic accessibility and polished quality. The work of David E. Williams won’t ever disappoint in its uncompromising nonconformity and an aptly American staunch devotion to freedom of expression. 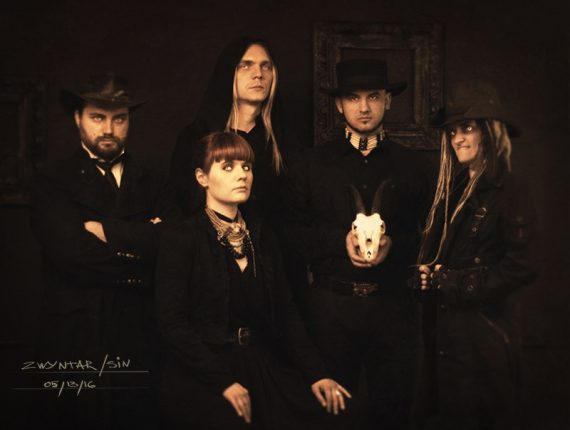 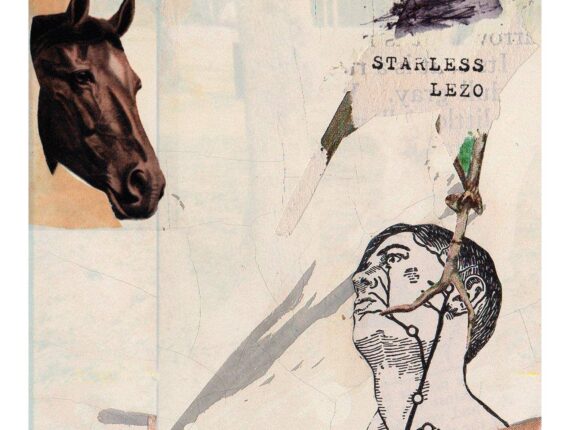